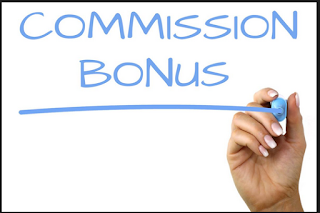 During the last fifteen years, even as the number of foreign students entering US campuses has increased, a practice frowned upon by most traditional academics is firmly taking roots.  This is the practice of commission-based college recruiting of international students.

Quite simply put, this practice enables colleges and universities in foreign countries to pay commissions to agents in India, China and other countries to recommend (and recruit) students to apply to their schools.  If the international student enters the said institution and stays in it for a year, the agent gets a commission on the student's first year fees.

The practice is rampant in big Indian cities such as Bangalore, Hyderabad, Chennai, Mumbai and Pune.  The recruiting agencies represent lower-tiered universities from the United States, Australia, Canada, New Zealand, Ireland and the U.K.

The deal is almost always the same.  A student walks in to a recruiting agent's office prompted by full page ads taken out in newspapers or through word-of-mouth referrals.  The agent asks just for a few details and promises the student admission to a list of universities with fancy sounding names - like the University of Central Missouri or Wright State University.

"Please find a copy of the pre-acceptance letter for your student.  I have also included other important information for the student to review."

The practice of compensating counselors for student referrals is illegal in the United States.  The New York Times explains that this is because of widespread abuse by agents who signed up anyone they could, regardless of academic potential.

But it works freely outside the borders of the United States because the arm of U.S. law doesn't extend abroad.  It also works because everyone in the game stands to benefit - or so it seems - when the student proudly receives a quick offer of admission from the school, generally based more on the student's ability to pay hefty international fees than on the student's merit profile.

A student who engages these recruiters is clearly happy not to have to weather tough application scrutiny before gaining admission.  In some Canadian schools, the GRE - a challenging exam testing a student's readiness for graduate education - is waived.  [Waiving the GRE is illegal in the United States if the institution is ABET certified for engineering education].  Statements of purpose (SOP), the all important essay which provides a roadmap of the student's future plans, are also waived.

The university is delighted at locking up one more international student whose out of state fees helps fund in-state students and programs.  Meanwhile, the agents are minting cash, with commissions being as high as $3,000 per student.

Forget the fact that commission-based recruiting is illegal in the U.S.  It is simply unethical because of the conflicts of interest:


The answer to the last question can be found in a chilling article in Mother Jones magazine.  It focuses on the plight of students from the University of Central Missouri who are exploited into working for suspect "body shopping" companies after graduation because their degrees are not good enough to merit employment at traditional American firms, the dream of international students.

With the Trump administration cracking down on visa overstays and enforcing immigration laws as written, many international students are being forced to return to their home countries, huge debts in hand and having to abdicate their life-long dream of immigrating to America.  Word is finally spreading about the dangers to young careers and enrollment has thankfully slowed.  In January 2018, the New York Times published an excellent article about how addicted such universities had become to the dollars which international students brought to them.  Notice how the piece only discusses the plight of the university and the affected departments - but not the international students who have suffered all of these years as a result of this abhorrent practice.

If you're an international student, how can you be aware of which universities employ recruiting agencies so that you can avoid them?  One trick we often use is to consult AIRC, an industry-group of universities which advocates this practice.  A quick look at some of the members of this group - Adelphi University (NY), Antioch University Los Angeles (CA), Arkansas State University, Campus Queretaro (AR), Ashland University (OH), Baldwin Wallace University (OH) - shows that these universities will not likely make the rankings of the best schools!

A word of caution, though.  It would be unwise to paint an entire university with a bad brush if just a few cash-strapped departments within a university are resorting to the practice of commission-based recruiting.

We always counsel our student clients that true merit still matters and can help establish the foundation for success in life abroad - not just at an educational institution.  You can see this spirit conveyed throughout our site.

Again, we are glad you are here.


A Note About Rao Advisors Premium Services
Our mission is to empower you with high-quality, ethical and free advice via this website.  But parents and students often ask us if they can engage with us for individual counseling sessions.

Individual counseling is part of the Premium Offering of Rao Advisors and involves some of the lowest fees in the industry.  Please contact us for more information.