Go back to About Us 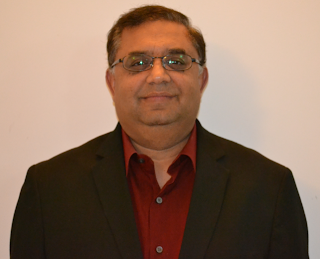 Mr. Rao is an expert on higher education.  He is an active public speaker conducting awareness seminars on higher education and student camps.
His course, "School to College", an innovative ½ credit elective for high school students, launched in the State of Washington on the Red Comet online platform in 2018.  A video version of this course is live on Udemy, the world's largest online learning and teaching marketplace with over 15 million students, as is his course on College Financial Planning.
In March 2020, his submission, "School to College," won approval from the State of Texas (the Texas Education Agency (TEA)) as an innovative course for the 2020-21 school year, valid for three years. Any school district in Texas can offer this course [PEIMS code (N1130029)].
He has also written a book on college selection  - College Selection the Smart Way.

Mr. Rao excels in educating families about the many changes that are occurring in the nation's higher education scene including addressing topics such as:  What are acceptance rates and yields?  What are recent trends in college admissions?  What makes a student profile?  What factors are important in college admissions decisions?  Why is high school course planning critical?  How can we rethink extracurricular activities?  How can families make college more affordable?  What should families know about financial aid?

Mr. Rao serves as an international op-ed columnist for The Hindu BusinessLine, India's second largest financial newspaper, which, in a YouTube video ad labeled him as “one of the country’s top experts.” [00:40].   Click here for an archive of his opinion pieces.   He also writes a weekly column, "World View", for the paper's portal for business school students. Mr. Rao is also a frequent guest on ET Now, India's largest business TV network, during the Primetime Show "India Developement Debate." He is frequently quoted in the press on matters related to his areas of expertise.

Mr. Rao lives with his wife and son, in Bedford, TX.  He may be contacted at rajkamal.rao@raoadvisors.com.

Professional Experience
Mr. Rao has on-site consulting and executive-level client management experience at the world’s largest organizations including the Federal Reserve Bank of New York, Wells Fargo, GMAC, Hertz, GM, VeriSign, 53 Bank, US DOT, AT&T, NCUA, TSA, Qwest, Bezeq (Israel) and Swisscom.  He has worked around the world including Switzerland, Austria, Canada, Israel, China and Japan. His most recent position was with PwC, the world's second-largest business consulting firm, where he worked as a Director in the Financial Services Advisory practice, based out of Dallas.  He is cleared by the US Government at Security Level-2, courtesy of the US Office of Personnel Management.

Early Years
Mr. Rao was born and bred in Bangalore.  A product of National High School and National College, he graduated with a BE degree in Mechanical Engineering from BMS College.  Even as a student, he had a passion for helping students.  In 1981, as a second year engineering student, he joined two other friends in expanding free mathematics coaching for SSLC and II PUC students.  By 1985, he was tutoring students in engineering subjects as well.

Other Media Accomplishments
Mr. Rao has written four books, all available on Amazon - College Selection the Smart Way, Relocating to India; A Step by Step Guide; The New H-1B/STEM Provisions: How the US Senate Continues to Undermine American Competitiveness; and a children's fiction book on exploring Kashmir - Adventure in the Kashmir Valley.

In 2013, Mr. Rao participated in the consulting firm McKinsey's global essay competition, "Reimagining India".  His submission was the winning entry for the topic: "How can “innovation capitalism” drive India’s technological and economic development?"

Mr. Rao is an avid sports fan and has covered sports events for All India Radio as a correspondent.  Click here for a list of his archived broadcasts.

He also runs a blog - www.relocationindia.com - on the topic of his first book.